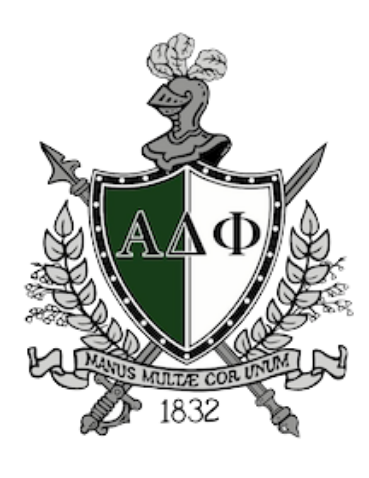 Alpha Delta Phi (ΑΔΦ, also Alpha Delt, A.D. or ADPhi) is a North American Greek-letter secret and social college fraternity. Alpha Delta Phi was originally founded as a literary society by Samuel Eells in 1832 at Hamilton College in Clinton, New York. Its 50,000+ alumni include former Presidents and Senators of the United States, as well as Chief Justices of the Supreme Court. In 1992, five chapters withdrew from the male-only organization to become co-educational, and formed the Alpha Delta Phi Society, a separate and independent organization